The library is replacing all the overhead lighting in the building, changing them to LED fixtures. The library will remain open during all phases of the project but reserves the right to close, if necessary. During the project, areas under the work zone will be closed. Find out more... 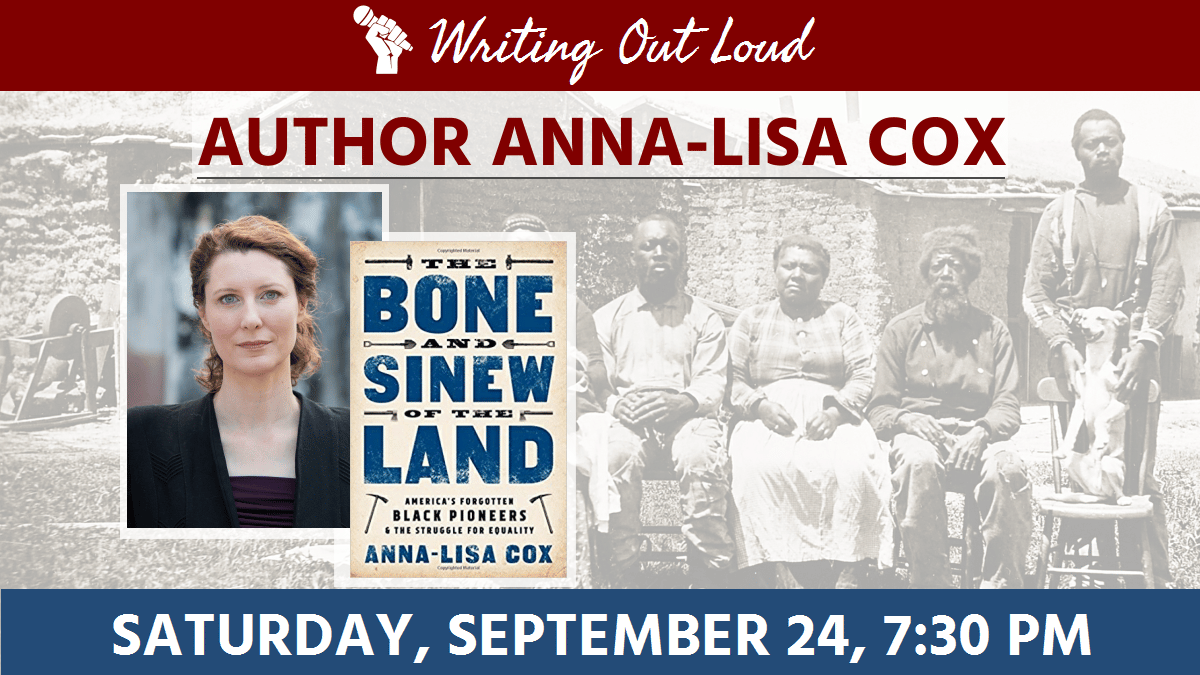 The 38th season of Writing Out Loud begins with an appearance by author Anna-Lisa Cox. Dr. Cox is an award-winning historian of nineteenth-century America, with a special focus on the frontier and rural Midwest. She is currently a Non-Resident Fellow at Harvard University’s Hutchins Center for African and African American Research. Her writing has been featured in The Washington Post, Lapham’s Quarterly, and The New York Times. Her original research underpinned two exhibits at the Smithsonian’s National Museum of African American History and Culture. Anna-Lisa’s recent book, The Bone and Sinew of the Land: America’s Forgotten Black Pioneers and the Struggle for Equality, was honored by the Smithsonian Magazine as one of the best history books of 2018. She just completed a major project for the Library of Congress Folklife Center collecting oral histories from multi-generational African American farmers in the Midwest.

The Friends of the Michigan City Public Library will host a reception following the program.